“Love what you do and you’ll never work a day in your life.”
This commonly-used phrase implies that if you find a job that you are passionate about, it won’t feel like “work.” Instead, it will be fun and enjoyable every day. The reality is that even people who love their jobs have bad days, experience disappointment, and get frustrated. According to a recent Gallup survey, “71% of American workers are either not engaged or feel actively disengaged from their jobs, with highly educated and middle-aged workers the least likely to feel involved in and enthusiastic about their work.” For skilled trades men and women, there is simply less time for idleness throughout their day. In fact, a 2019 report found that nearly two-thirds of those in the skilled trades industry rated their job satisfaction between 8 and 10 and would strongly recommend the trades to a young person.

“Work Smarter, Not Harder!”
A job that requires physical labor doesn’t automatically make someone less happy than someone typing at a computer all day. Passion for your job only comes after you’ve put in the hard work. Bill Gates and Mark Zuckerberg work incredibly hard in their white-collar office jobs and have achieved great success. However, our country was built on the backs of men like Cornelius Vanderbilt, Andrew Carnegie, John Rockefeller, and Henry Ford, who were at the forefront of the construction and skilled trades industry. 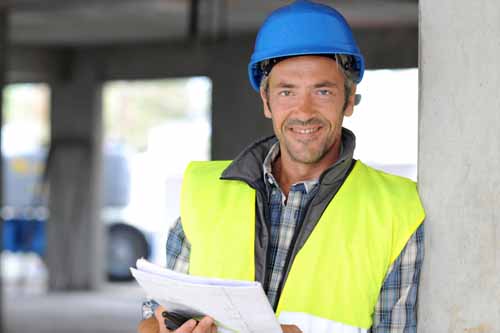 Spoiler Alert: Real work is always hard work. Whether you are working behind a desk or swinging a hammer, ambition without hustle will get you nowhere.

Skilled tradesmen and women are building the homes we live in, keeping us cool in the summer and warm in the winter, ensuring our roads are safe, preventing water damage by fixing leaky pipes, constructing schools, hospitals, and libraries – the list goes on and on. These are jobs that cannot be automated or outsourced and are needed now more than ever. The truth is that we should work both smarter AND harder – because repairing faulty plumbing will never be as hard as filing expense reports all day if you’re hating every minute of it.

“I’m Too Old To Make A Career Change.”
Mid-career job changes are more common than you think. In fact, on average a person will changes jobs 12 times during his or her career. Changing jobs is one thing, but how will employers view you in an interview if you’re changing your entire career path? Most likely, the same as every other candidate. They will not only appreciate the skills you’re bringing with you as a seasoned employee, but also impressed by the leap of faith you took to learn something new and work with your hands (and many trade positions are happy to provide on-the-job training). Let’s face it - change is not easy for anyone, but that doesn’t mean you have to spend the rest of your life dreading the sound of your alarm clock — there’s still time to shift gears and go in a totally different direction. Apply for a trades job available now in your area. 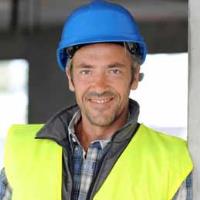